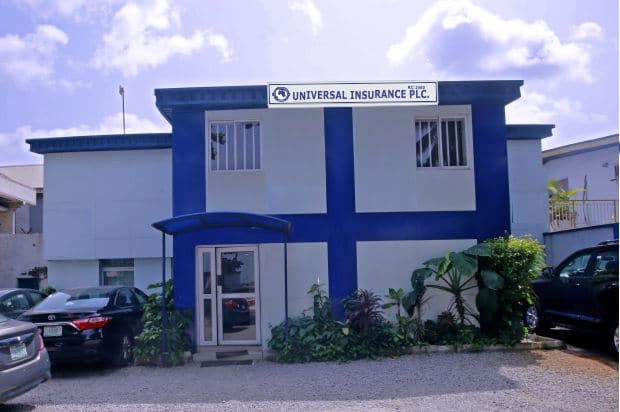 With the approval obtained by the board and management of Universal Insurance Plc from the shareholders at its 49th Annual General Meeting (AGM) held in Lagos Tuesday, December 17, 2019 the company is set to deploy in motion, strategies that would see it raise meet the N10billion recapital­isation requirement as prescribed by the National Insurance Com­mission (NAICOM) for the general business category, in the ongoing recapitalization exercise,.

The board had sought and ob­tained the shareholders’ approv­al to raise the company’s capital through Right Issues, Share Re­construction, to raise additional equity capital for the company up to the maximum limit of the au­thorized share capital, whether by way of special placement or public officer with or without a preferen­tial allotment/or rights issue or a combination of any of them, either locally or internationally and upon such terms and conditions as the directors may deem fit in the inter­est of the company and subject to the approval of the regulatory au­thorities,”

“That in the event of over sub­scription of the offer/issue to capi­talise the excess money and allot ad­ditional shares to the extent that can be accommodated by the company’s unissued share capital subject to the approval of the regulatory author­ities and that the proceeds should be used for the same purpose as the offer/issue.”

According to Mr Anthony Oko­cha, the Acting Board Chairman of the company, the Universal In­surance Plc has over 30billion regis­tered shares and out of which,16bil­lion has been issued while 14billion is still warehoused and could be brought up for issuance if need be.

The acting Chairman disclosed that the company has in its kitty, N6.5billion and would need N3.5bil­lion to make up for recapitalisation requirement as a general business insurer.

On steps to meet up with the exercise and beat the June 30 2020 deadline, Okocha stated: “More dis­cussion is ongoing but could not be discussed prematurely. We are also looking at Right Issues, the compa­ny is in discussion with core investors and probable foreign influence into your company.”

Okocha said it is the intention of the board and management to intensify the corporate strategy in order “to identify the needs of po­tential customers, their behavior and culture and have an attentive ear to market-feedback so to create products that will address them.

He disclosed that the company would continually invest in infor­mation technology so as to create an insurance driven by technology (INSURETECH) that will not only deliver services real-time and in seamless manner but will also de­liver on the numbers, adding that the Universal brand has stood the test of time and the values created over the years are embedded in the loyalty and commitment the firm has enjoyed from all stakeholders.

“We intend to keep this Universal Insurance Plc. as a legacy for sever­al generations to come. We are sin­cerely grateful to our treasured cus­tomers, brokers, agents and other stakeholders who have objectively trusted in the universal advantage over the years” , he said.

In the same vein, Mr Ben Ujoatuonu, the Managing Direc­tor and Chief Executive of the company craved the indulgence of the shareholders to approve that they, the board and manage­ment, go out there and raise the required funds so as to retain the company’s brand.